This series of articles addresses the claim that Ibn ʿAbd al-Wahhāb created a false conception of Shirk from the Qurʾān and was not preceded by anyone in judging certain actions and forms of invocation to be Shirk.

Recently, in a video published on 7 February 2021, Yasir Qadhi claimed that Shaykh al-Islām Muḥammad bin ʿAbd al-Wahhāb (رحمه الله) made a false construction of Paganism from the Qurʾān, one that "contradicts every Paganistic philosophy ever in human history". That the Shaykh used this false construction to oppose all prior scholarship and to antagonise Muslims and make takfīr of them. That the Shaykh completely misunderstood the reality of Paganism, and on this false basis he made his argument that invoking the dead--which has a variety of forms--is the same or worse than what the Pagan Quraysh were doing. Qadhi makes a distinction between Shaykh al-Islām Ibn Taymiyyah and Shaykh al-Islām Muḥammad bin ʿAbd al-Wahhāb, saying there are marked differences between them and that you cannot equate Ibn Taymiyyah's position with that of Muḥammad bin ʿAbd al-Wahhāb. 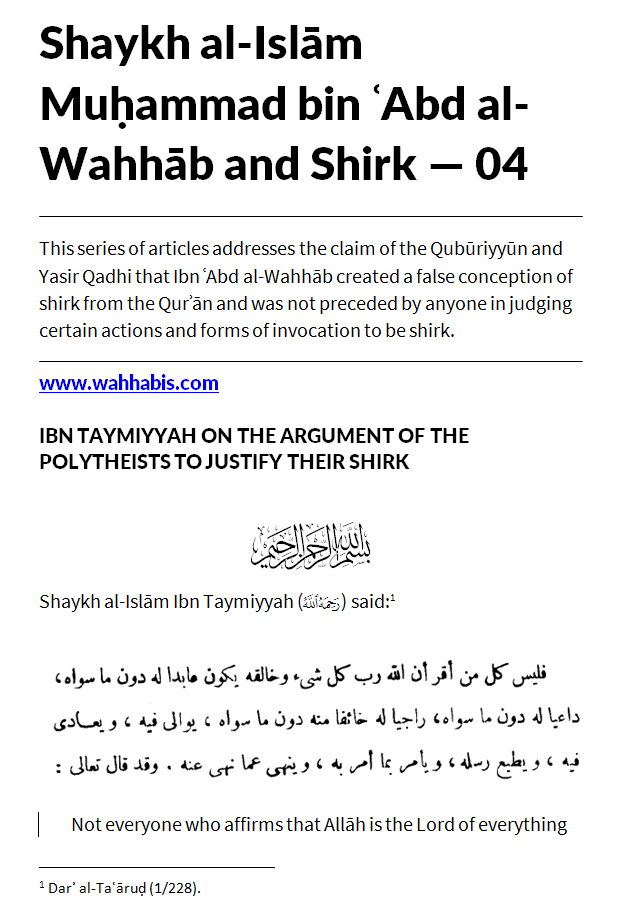 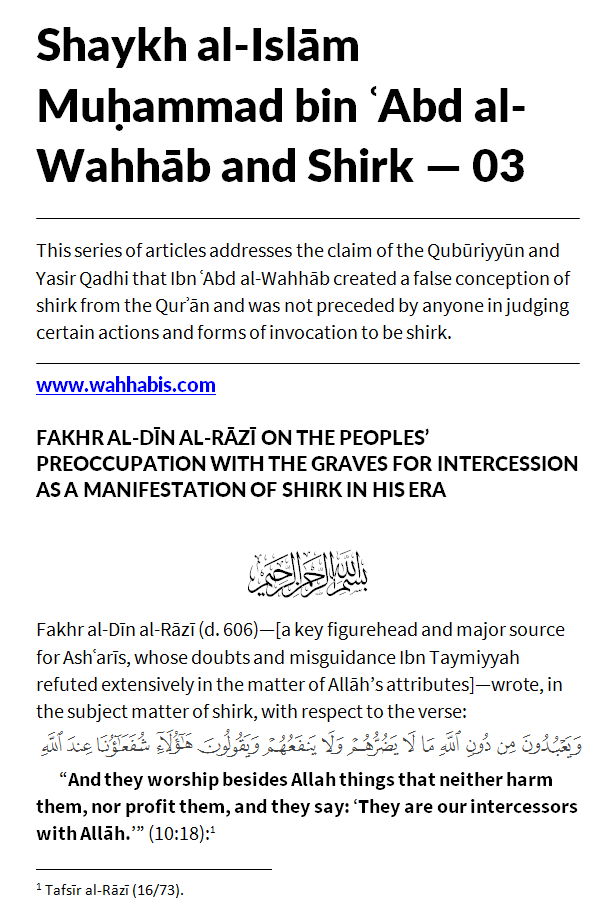 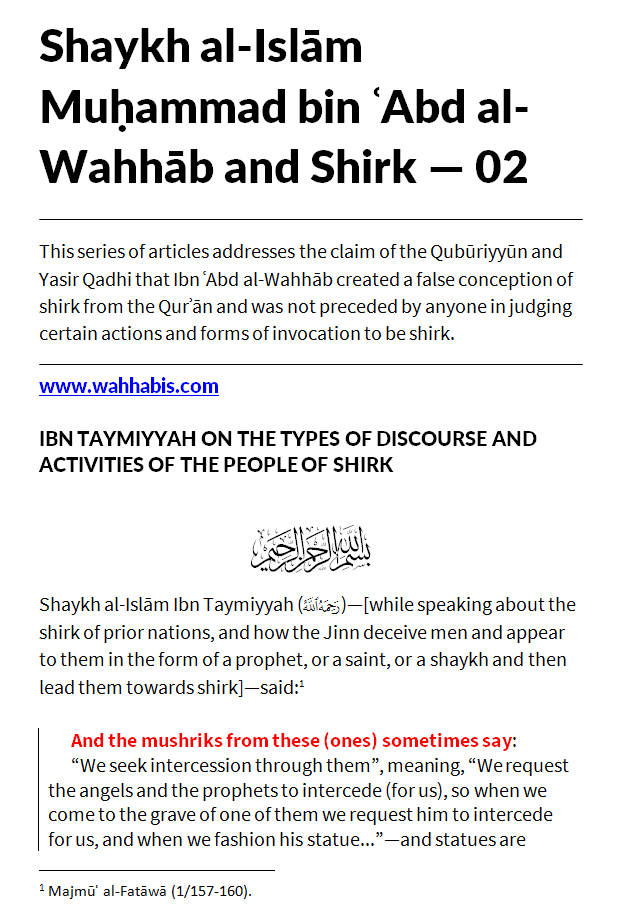 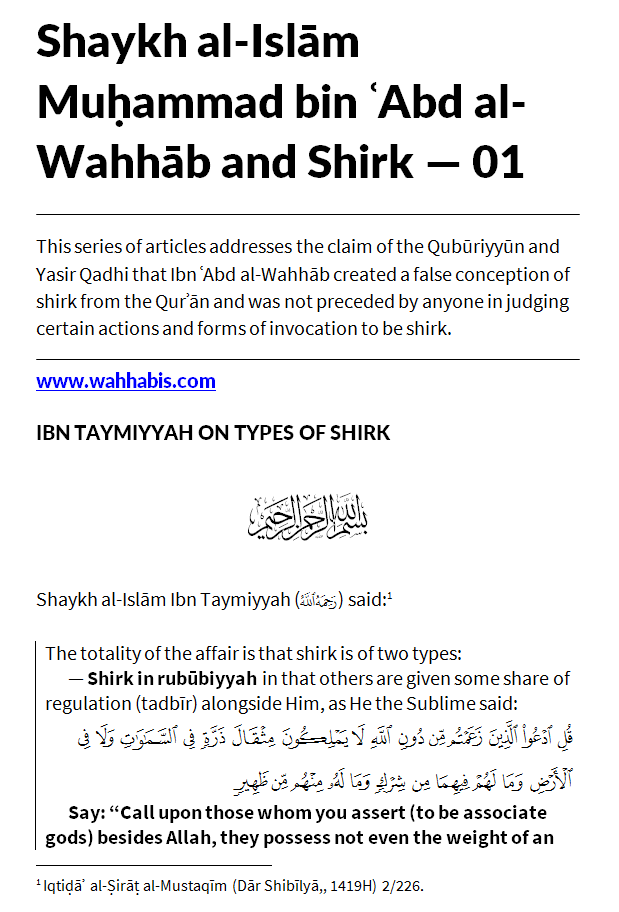